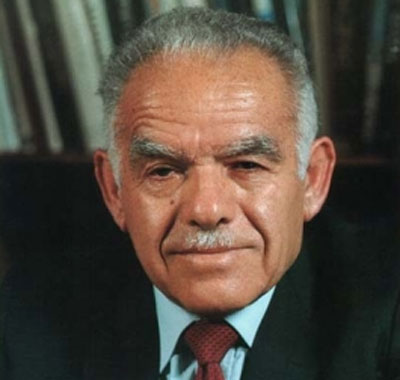 Yitzhak Shamir (, Is'haq Shameerborn Icchak JeziernickyOctober 22, 1915 – June 30, 2012) was an Israeli politician and the seventh Prime Minister of Israel, serving two terms, 1983–84 and 1986–1992. Before the establishment of the State of Israel, Shamir was a member of Lehi, and one of its commanders after Avraham Stern was killed.