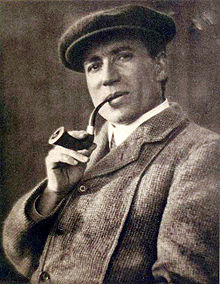 William Henry Davies or W. H. Davies (3 July 1871 – 26 September 1940) was a Welsh poet and writer. Davies spent a significant part of his life as a tramp or hobo, in the United Kingdom and United States, but became one of the most popular poets of his time.

As long as I love Beauty I am young.
Use this quote

Teetotallers lack the sympathy and generosity of men that drink.
Use this quote