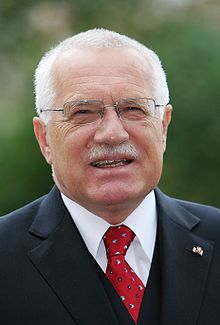 To pursue a so-called Third Way is foolish. We had our experience with this in the 1960s when we looked for a socialism with a human face. It did not work, and we must be explicit that we are not aiming for a more efficient version of a system that has failed.
Use this quote

Nevertheless, there is another threat on the horizon. I see this threat in environmentalism which is becoming a new dominant ideology, if not a religion. Its main weapon is raising the alarm and predicting the human life endangering climate change based on man-made global warming.
Use this quote