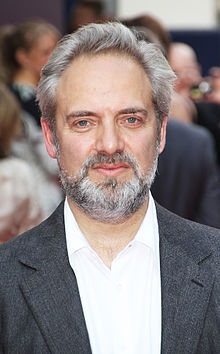 Samuel Alexander "Sam" Mendes, CBE (born 1 August 1965) is an English stage and film director. He is best known for directing American Beauty (1999), which earned him the Academy and Golden Globe Award for Best Director, the crime film Road to Perdition (2002), and the James Bond movie Skyfall (2012).

I've made movies that cost less than one car chase.
Use this quote

This is the first time in 10 years I don't know what I'm doing next, and I'm rather enjoying it. Soon I'll be climbing the walls no doubt, but right now, it's not clear, I'm just enjoying the freedom.
Use this quote

Now I'm back home, living in London, running my theater. I just want to enjoy all that.
Use this quote

I want to try and work in different genres with different types of actors, on small movies and big movies.
Use this quote

I don't think of it as a competition - which might surprise you, given the way movies are reported constantly.
Use this quote

I wanted to keep exploring... I'm not about to choose a series of movies in which I can use the same bag of tricks and style that I used in the first film.
Use this quote

The movies that influenced me were movies that told their stories through pictures more than words.
Use this quote

I think movies are a director's medium in the end. Theater is the actor's medium. Theater is fast, and enjoyable, and truly rewarding. I believe in great live performance.
Use this quote

You just never know when movies are going to take off or not. The lucky thing about this was that it didn't cost a lot of money, and therefore there wasn't loads of pressure on me.
Use this quote