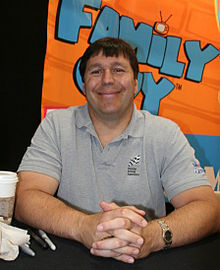 Robert Anthony Salvatore (born January 20, 1959), who writes under the name R. A. Salvatore, is an American author best known for The DemonWars Saga, his Forgotten Realms novels, in which he created the popular character Drizzt Do'Urden, and Vector Prime, the first novel in the Star Wars: The New Jedi Order series.

Definitely they write themselves. It's an amazing experience. It's like the characters have come alive and are sitting on my shoulder talking to me, telling me their tales.
Use this quote

I loved the world of imagination.
Use this quote