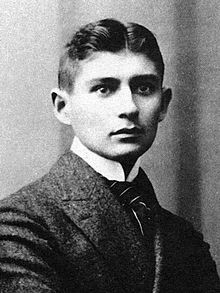 Milan Kundera (born 1 April 1929) is the Czech Republic's most recognized living writer. Of Czech origin, he has lived in exile in France since 1975, having become a naturalised citizen in 1981. He "sees himself as a French writer and insists his work should be studied as French literature and classified as such in book stores."

He took over anger to intimidate subordinates, and in time anger took over him.
Use this quote

Mankind's true moral test, its fundamental test (which lies deeply buried from view), consists of its attitude towards those who are at its mercy: animals. And in this respect mankind has suffered a fundamental debacle, a debacle so fundamental that all others stem from it.
Use this quote

The novelist teaches the reader to comprehend the world as a question. There is wisdom and tolerance in that attitude. In a world built on sacrosanct certainties the novel is dead.
Use this quote

How goodness heightens beauty!
Use this quote

Art is the human disposition of sensible or intelligible matter for an esthetic end.
Use this quote

Without realizing it, the individual composes his life according to the laws of beauty even in times of greatest distress.
Use this quote

Business has only two functions - marketing and innovation.
Use this quote

No great movement designed to change the world can bear to be laughed at or belittled. Mockery is a rust that corrodes all it touches.
Use this quote

True human goodness, in all its purity and freedom, can come to the fore only when its recipient has no power.
Use this quote

Happiness is the longing for repetition.
Use this quote