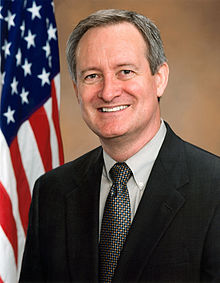 Michael Dean "Mike" Crapo ( born May 20, 1951) is the senior United States Senator from the state of Idaho, in office since 1999. Previously he served as the United States Representative for Idaho's 2nd congressional district from 1993 to 1999. He is a member of the Republican Party.

Irregular contact with doctors means many men fail to receive any preventive care for potentially life-threatening conditions. In addition, when men do seek care, embarrassment can often prevent them from openly discussing health concerns with their physicians.
Use this quote

It is not government's job to mandate responsibility on our behalf. We have the intelligence and good sense to make wise consumption choices for ourselves and our children. It is up to us to do what is best for our health and our children's health.
Use this quote