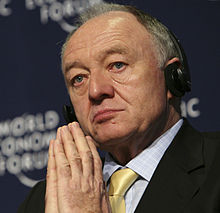 Kenneth Robert Livingstone (born 17 June 1945) is a British Labour Party politician who has twice held the leading political role in London local government, first as the Leader of the Greater London Council (GLC) from 1981 until the Council was abolished in 1986, and then as the first elected Mayor of London from the creation of the office in 2000 until 2008. He also served as the Member of Parliament (MP) for Brent East from 1987 to 2001. A democratic socialist, Livingstone has positioned himself on the hard left of the Labour Party.

There needs to be radical development in equality law to create the environment to allow women to stay in work.
Use this quote