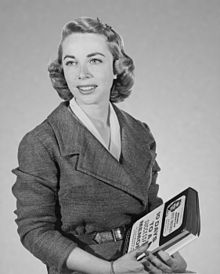 Joyce Diane Brothers (née BauerOctober 20, 1927 – May 13, 2013) was an American psychologist, television personality and columnist, who wrote a daily newspaper advice column from 1960 to 2013. In 1955, she became the only woman ever to win the top prize on the American game show The $64,000 Question, answering questions on the topic of boxing, which was suggested as a stunt by the show's producers.

The best proof of love is trust.
Use this quote

A strong, positive self-image is the best possible preparation for success.
Use this quote

Being taken for granted can be a compliment. It means that you've become a comfortable, trusted element in another person's life.
Use this quote

Accept that all of us can be hurt, that all of us can and surely will at times fail. Other vulnerabilities, like being embarrassed or risking love, can be terrifying, too. I think we should follow a simple rule: if we can take the worst, take the risk.
Use this quote

Marriage is not just spiritual communion, it is also remembering to take out the trash.
Use this quote

The person interested in success has to learn to view failure as a healthy, inevitable part of the process of getting to the top.
Use this quote

Trust your hunches. They're usually based on facts filed away just below the conscious level.
Use this quote

Virginity is such a personal thing. You can't judge anyone on it. A lot of young women feel they want to save themselves for the man who they think they'll love forever.
Use this quote