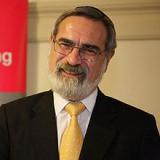 Since Hiroshima and the Holocaust, science no longer holds its pristine place as the highest moral authority. Instead, that role is taken by human rights. It follows that any assault on Jewish life - on Jews or Judaism or the Jewish state - must be cast in the language of human rights.