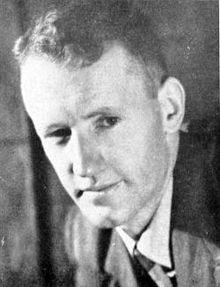 Ian Douglas Smith, GCLM, ID (8 April 1919 – 20 November 2007) was a Rhodesian politician active in the governments of Southern Rhodesia, the Federation of Rhodesia and Nyasaland, Rhodesia, Zimbabwe-Rhodesia and Zimbabwe from 1948 to 1987, most notably serving as Prime Minister of Rhodesia from 13 April 1964 to 1 June 1979. Born and raised in Selukwe, a small rural town in the British self-governing colony of Southern Rhodesia, Smith served in the British Royal Air Force during the Second World War and, after graduating from Rhodes University in South Africa, bought a farm in his home town in 1948. At the same time, he was elected as Selukwe's representative in the legislative assembly, running for the Southern Rhodesia Liberal Partyin doing so he became Southern Rhodesia's youngest ever member of parliament.

Freedom. And Justice. If you have those two, it covers everything. You must stick to those principles and have the courage of your convictions.
Use this quote