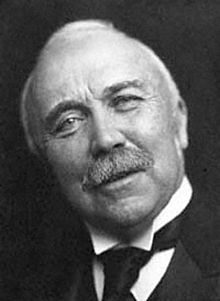 Sir Henry Campbell-Bannerman, (7 September 183622 April 1908) was a British Liberal Party politician who served as Prime Minister of the United Kingdom from 1905 to 1908 and Leader of the Liberal Party from 1899 to 1908. He also served as Secretary of State for War twice, in the Cabinets of Gladstone and Rosebery.

Gentlemen, I fervently trust that before long the principle of arbitration may win such confidence as to justify its extension to a wider field of international differences.
Use this quote