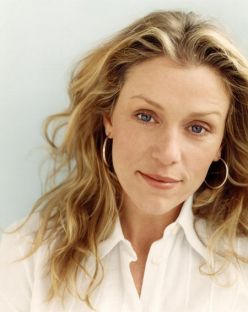 Frances Louise McDormand (born June 23, 1957) is an American film and stage actress. She has starred in a number of films, including her Academy Award-winning performance as Marge Gunderson in Fargo, in 1996. She won the Tony Award for Best Actress in a Play in 2011 for her performance in Good People as Margie Walsh, and was nominated for the same category in 1988 for her performance in A Streetcar Named Desire.

Most women's pictures are as boring and as formulaic as men's pictures. In place of a car chase or a battle scene, what you get is an extreme closeup of a woman breaking down.
Use this quote

The only power you have is the word no.
Use this quote

I never trusted good-looking boys.
Use this quote