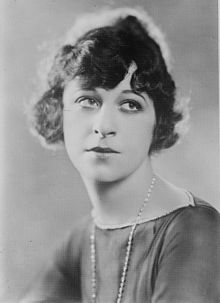 Fanny Brice (October 29, 1891 – May 29, 1951) was a popular and influential American illustrated song model, comedian, singer, theater and film actress, who made many stage, radio and film appearances and is known as the creator and star of the top-rated radio comedy series, The Baby Snooks Show.

Being a funny person does an awful lot of things to you. You feel that you mustn't get serious with people. They don't expect it from you, and they don't want to see it. You're not entitled to be serious, you're a clown.
Use this quote