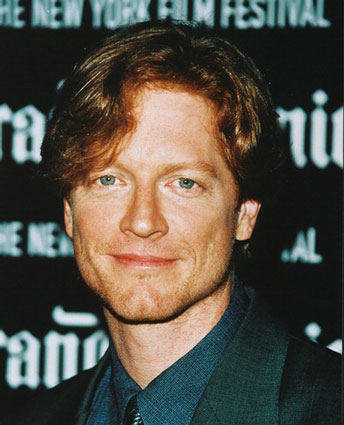 Eric Stoltz (born September 30, 1961) is an American actor, director and producer. He is widely known for playing the role of Rocky Dennis in the biographical drama film Mask, which earned him the nomination for a Golden Globe Award for Best Supporting Actor in a Motion Picture, and has appeared in a wide variety of films from mainstream fare like Some Kind of Wonderful to independent films like Pulp Fiction, Killing Zoe, and Kicking and Screaming.

I think violence, cynicism, brutality and fashion are the staples of our diet. I think in the grand history of story-telling, going back to people sitting around fires, the dark side of human nature has always been very important. Movies are part of that tradition.
Use this quote

You know, you grow up with the image of John Travolta being super cool - 'Saturday Night Fever,' Brian De Palma, handsome young god... he, in reality, is a very silly man. And I mean that in a good way. He'll walk around the set talking in little weird voices, making people laugh.
Use this quote

My parents moved to American Samoa when I was three or four years old. My dad was principal of a high school there. It was idyllic for a kid. I had a whole island for a backyard. I lived there until I was eight years old and we moved to Santa Barbara.
Use this quote

My first film as an actor was 'Fast Times at Ridgemont High,' a glorious experience that spoiled me for future films.
Use this quote

Things happen to everybody in the course of a lifetime. Relationships end, people die, tragedy befalls everyone. So everyone has this wealth of experience, and the older you are the more you have to draw on.
Use this quote

My perfect day is constantly changing. Right now, it would be to lie around in a hammock reading with a portable phone and a table of food next to it. I would spend all day there. And that's all that I can possibly come up with on the spur of the moment.
Use this quote

There's a strange sense of accomplishment in making an independent film. Everything's against you; there's no time, and even less money - you bring a bottle of glue, chip in twenty bucks, and hope you all make it through the day. If you manage to finish it and it actually turns out to be pretty good, it's thrilling.
Use this quote

I don't want to see the zipper in the back of the monster suit. Like everybody else who goes to the movies, I want to believe the monster is real.
Use this quote

But I've always felt that the less you know about an actor's personal life, the more you can get involved in the story in which he's playing a character. And I don't like to see movies where you know about everything that happens behind the scenes. I can't engage in the story if I know what's going on in the actor's head.
Use this quote