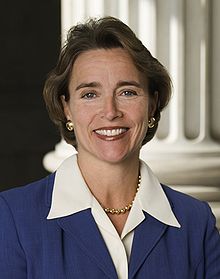 My heart has been heavy and I have deliberated within my own conscience, knowing that my decision should not come out of my initial emotion of anger toward the President for such reckless behavior, but should be based on the facts.
Use this quote

Unless we make education a priority, an entire generation of Americans could miss out on the American dream.
Use this quote

Voters must have faith in the electoral process for our democracy to succeed.
Use this quote

Many Americans are unaware that we still have a large population of working families, elderly, and children who rely on emergency food pantries, shelters, and other resources to meet their nutritional needs.
Use this quote

A common misconception is that the costs of health care are cheaper in rural America, when in fact the reality is that they are more expensive and more difficult to access.
Use this quote

Improving our national intelligence capabilities should remain a top priority and a continual process.
Use this quote

I believe that the fight against crime starts in the home. Parents must take responsibility for their children and show them love and guidance from an early age so they learn to respect the rights of others.
Use this quote