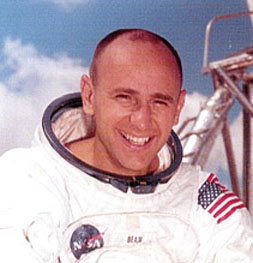 Alan LaVern Bean (born March 15, 1932) is a former NASA astronaut and currently a painter. Bean was selected to become an astronaut by NASA in 1963 as part of Astronaut Group 3. He made his first flight into space aboard Apollo 12, the second manned mission to land on the Moon, at the age of thirty-seven years in November 1969. During this mission, Bean became the fourth person to walk on the Moon.

I think everything depends on money.
Use this quote